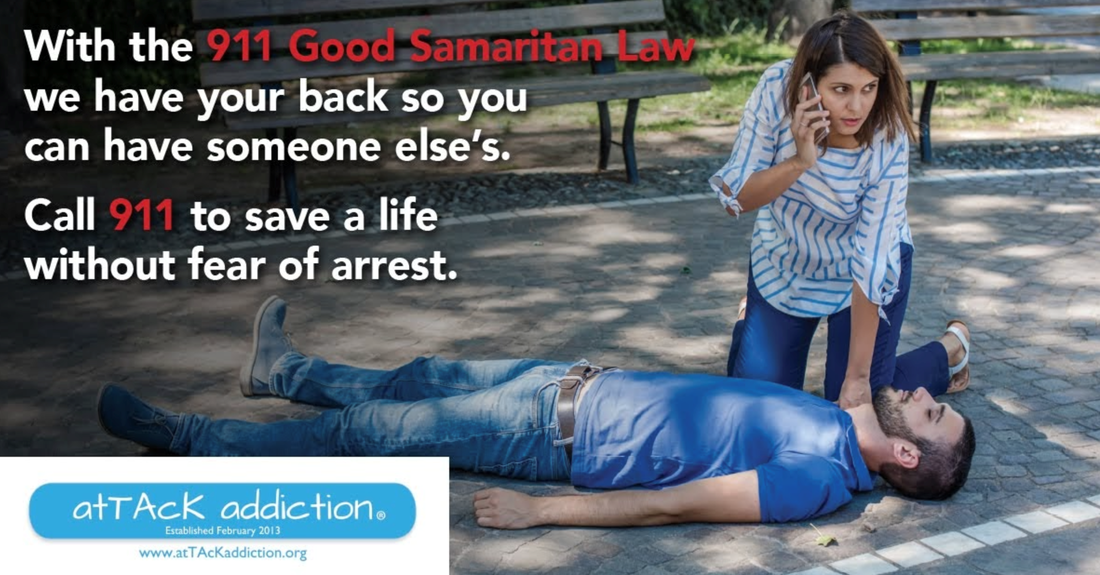 Delaware’s Good Samaritan Law​
​
​When Jeanne and Don Keister decided to do something about the burgeoning heroin crisis that took the life of their son, Tyler Armstrong Keister, in December 2012 they started atTAcK addiction. The capitalization of three specific letters are Ty’s initials. Jeanne and Don were not looking to start a support group. Their goal was to establish an open, transparent, action group. The focus would be to break the stigma of silence that enveloped loved ones or persons living with the disease of addiction. If you had a loved one with Substance Use Disorder (SUD), they wanted you to know that you were not alone. The group would focus on educating and working on policies that prevent overdose deaths and help people recover.

Several people who attended those initial meetings in 2013 had also lost sons, daughters or loved ones. The question became how, and what, action to take. The group by and large was composed of moms, dads and family members. Liz and Marty Perkins were two such moms and dads. They had lost their son, John in May 2011. As a result of John’s accidental heroin overdose death they initiated the grief support group G.R.A.S.P. in Delaware. They had been made aware of immunity laws that protected people for calling 911 to report an overdose. Dave and Gail Humes were there due to the accidental heroin overdose death of their son, Greg. The detective that investigated Greg’s death told them, “If we had a 911 Good Samaritan Law or a Narcan® law, your son might very well be alive.”

atTAcK addiction felt the best approach would be to see about passing an immunity law. There would be no cost to the state and it would save lives. As people would later hear our members quote, “Nothing about us without us.” In helping to craft the legislation we sought out the community who was in short or long term recovery, and even people who were still in active use when we were able to speak with them. We found the number one reason that people wouldn’t call 911 to save a life in the event of a suspected overdose was the fear of arrest. We had to educate members of the General Assembly. Some members felt immunity would let drug dealers get away.

​The final legislation was passed without a vote against the bill in either chamber of the General Assembly. The law granted immunity from arrest, charge or prosecution to the person in medical distress or the person who made the life saving call. The bill also provided immunity for underage persons who make the call when it involves alcohol. The law was signed on July 2, 2013.

​During a 2021 International Overdose Awareness Day (IOAD) candlelight vigil near the University of Delaware campus Liz Perkins said, “I can’t believe these kids don’t know about the 911 Good Samaritan Law.” The response to her was, “Liz, you have to remember, these kids were in 4 th grade when we passed the law.”

We have a continuing need to educate Delawareans about the law. Please feel free to contact us with any questions you may have about the Delaware 911 Good Samaritan Law.
Support Us