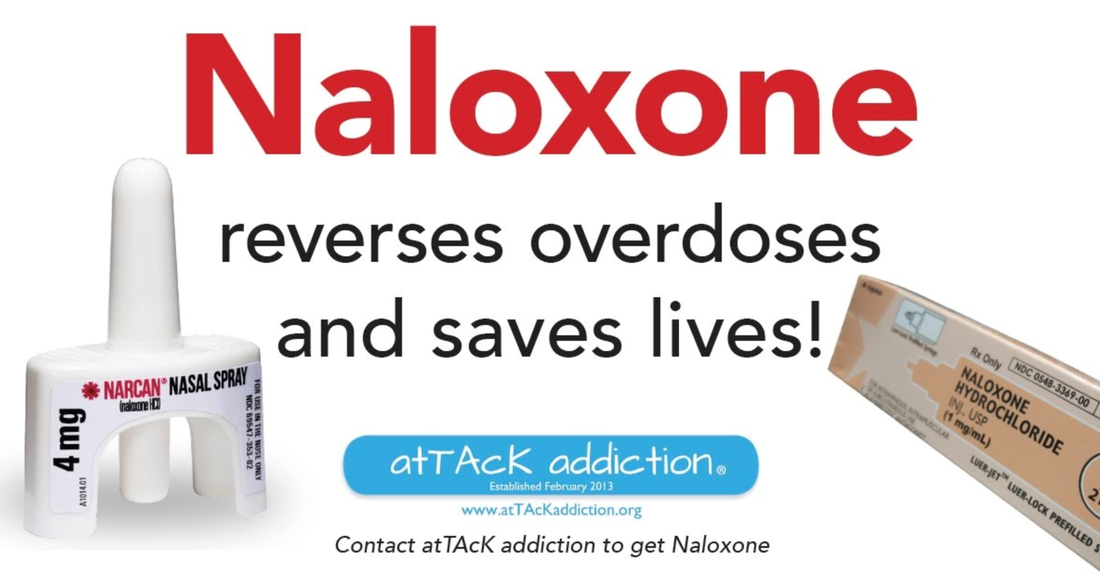 ​
​The “moms and dads” of atTAcK addiction learned much about the legislative process in passing the 911 Good Samaritan Law. The next focus was to seek passage of a law granting access to the life-saving medication, naloxone, the generic name for the opioid antagonist that reverses the effects of opioids. It is often referred to by the branded medication name, Narcan®. Our takeaway from the previous successful attempt at legislation was to start early. With the help of the legal community we crafted a draft of a potential bill in the Fall of 2013 so that we could introduce it early in the 2014 legislative session.

Don Keister had been appointed to the Governor’s advisory sub-committee on Substance Abuse and Mental Health. During the November 2013 meeting, the chair noted that it was time to have a discussion about community access to naloxone. atTAcK addiction was prepared. It was offered that we did have a draft bill. Discussion over. We were given the name of a State Senator who was interested in introducing such legislation. We were successful in passing the legislation. It was signed into law on June 26, 2014.

The “Community Based Naloxone Access Program Law” (CB NAP) called for the devvelopment of a training program. The “Drug Overdose Survival Education” program, D.Ovv.S.E., was developed by the Department of Health &amp; Human Services (DHSS), Division of Public Health (DPH) in conjunction with Brandywine Counseling &amp; Community Services and atTAcK addiction. Once the program was approved there was to be twelve community trainings, four in each country, that would be conducted during the year. There have been improvements to the initial program that have enabled organizations to conduct CB NAP training around the state. atTAcK addiction is one such training organization.

​In 2017 we led the effort to initiate and pass an amendment to the Delaware Code Relating to Naloxone. The effect of this legislation was to enable the public to purchase naloxone over the counter without prescription.

atTAcK addiction has initiated just about every law that has been passed relating to naloxone
in the State of Delaware.

The Division of Public Health has stated that 79% of overdoses (not overdose deaths) occur in a residence. Only 7% of those residences have naloxone. Naloxone is now more available than it has ever been. There are many training organizations and naloxone trainers around the state that are able to conduct naloxone training in community groups. Naloxone can be purchased over the counter at many pharmacies in Delaware. The cost is covered by medicaid. Individuals that have health insurance should contact their provider. In addition DPH conducts “naloxone pod” events. This is similar to the drive by flu shot pods that the state conducts. Delaware has also partnered with another non-profit, NextDistro, that conducts a mail away program. More information can be found at the DHHS website, HelpIsHereDE.com, or contact us for any additional questions that you may have.
Support Us